Black-and-white snub-nosed monkeys (Rhinopithecus bieti) distribute in a restricted area of the TransHimalayas between the Mekong and Yangtze River, at 26PoP14’N−29PoP20’N and 99PoP15’E−99PoP37’E. There are about 1 700 individuals in 15 groups remained in the habitat between 4 200 (north) −2 600 m (south) asl. The Milaka group is the northernmost range of the species with about 50 individuals in Mangkang county of Tibet. Based on our field survey and previous reports, we identified the fir forest and the mixed conifer forest as suitable habitat for the monkeys. Summer grazing lands and farmlands, which were made by local people’s cutting and burning in the fir forest at the high and low altitude belt, are replacing fir forest. To evaluate the status of the monkeys’ habitat, we employed GIS and RS to identify the habitat types with Landsat TM satellite imagery in winter of 1986 and 2006 respectively. The work resulted in: 1) the size of summer grazing lands, farmlands, and fir forest was 4 900 hmP2P, 3 300 hmP2P and 13 600 hmP2P in 2006 respectively; 2) during the past 20 years (1986−2006), the size of fir forest decreased by 15.5% (2 500 hmP2P), summer grazing lands and farmlands increased by 58.1% (1 800 hmP2P) and 17.8% (500 hmP2P) respectively; 3) the habitat of the species was more fragmented, the number of habitat patches increased by 75.6%, the mean size of forest patches decreased by 51.8% (from 15.3 to 7.4 hmP2P), the largest patch index decreased by 54.7%; the patch richness remained the same, but the Shannon’s diversity index and the Shannon’s evenness index increased by 4.0%, respectively; and 4) the size of fir forest negatively correlated with villager population (r =−1.000), but the size of summer grazing lands and farmlands positively correlated with villager population (r = 1.000). These indicate the habitat lost and fragmentation for the Milaka group increased sharply during the past 20 years and it is the result of population growth and the most employment of traditional modes.

Color Preference and Active Regularity of the Parasite Wasps of Ericerus pela
WANG Zi-li, CHEN Yong, CHEN Xiao-ming, WANG Shao-yun, ZHAO Jie-jun
2008, 29(6): 661-666. doi: 10.3724/SP.J.1141.2008.0666
+ Abstract PDF (345KB) Cited by
The color preference of the Parasite Wasps of Ericerus pela was studied in the white wax garden. Eight kinds of color boards (red，yellow，blue，blue-green，green，grey brown，white and black) were used to attract the parasite wasps of Ericerus pela. The active regularity of the parasite wasps E. pela were observed during four periods per day ( 6：00－9：00，9：00－12：00，12：00－
Responses to Inter-group Encounters of the Hainan Gibbon Nomascus hainanus
ZHOU Jiang, CHAN Bosco Pui Lok, WEI Fu-wen
2008, 29(6): 667-673. doi: 10.3724/SP.J.1141.2008.06667
+ Abstract PDF (486KB) Cited by
The Hainan gibbon (Nomascus hainanus) is one of the most endangered primates and the least studied gibbon species in the fieldwork. In the past decades only a little information was known about its population size, population structure, habitat and food kinds. Through four years field work, we observed their inter-group encounters for four times. We found that their encounter behaviors were much different from other gibbon species. Only vocal and chasing behavior happened between the adult females, male sub-adults and male juveniles of the Hainan gibbon encounters. The time of inter-group encounters was much shorter than other gibbon species, just 24-51 minutes. Not like the Hylobates lar encounters, no fighting was observed among the Hainan gibbon encounters; there was also no such behaviors as playing and grooming, even the extra-group-copulations. The adult females of two groups didn’t take par in the chasing and they only rested and watched 20-30m away. We speculated that the behavior of the adult females may be interpreted as protecting their territory and by the way of chasing the sub-adults can learn how to protect their territory in the future.
A New Blind Underground Species of the Genus Triplophysa (Balitoridae) from Yunnan, China
LI Wei-xian, YANG Hong-fu, CHEN Hong, TAO Cheng-peng, QI Shou-qing, HAN Fei
2008, 29(6): 674-678. doi: 10.3724/SP.J.1141.2008.06674
+ Abstract PDF (373KB) Cited by
A new species of the genus Triplophysa was discovered in underground water of a cave near Nijiao Village, Qiubei County (24°05′N，104°01′E), Yunnan, China, in 2002 and 2006. The new species, Triplophysa qiubeiensis is similar to T. anterodorsalis Cao et Zhu (1989), and can be distinguished from all the cave-dwelling Triplophysa in China by the following characters: 1) eyes highly degenerated vs. eyes normal; 2) branched dorsal–fin ray 7 vs. 8－9; 3) caudal fin forked vs. emarginate. The new species is also similar to T. macromaculeta Yang (1990) from the same river system, Nanpan Jiang, but can be distinguished from the latter the following characters: 1) eyes highly degenerated vs. eyes normal; 2) without blotches vs. with blotches; 3) caudal fin forked vs. emarginate.
论文
Research Progression of Non-lens βγ-crystallins
LIU Shu-bai , HE Ying-ying , QIAN Jin-qiao , , LEE Wen-hui, ZHANG Yun
2008, 29(6): 679-688. doi: 10.3724/SP.J.1141.2008.06679
+ Abstract PDF (632KB) Cited by
In vertebrates, βγ-crystallins are mainly expressed in the lens as structural protein, a lot of non-lens βγ-crystallins were also discovered in microbes and mammals, such as Protein S and Absent in Melanoma 1, which act as microbial stress-inducible protective protein in bacterial, participate in epidermis development and has tumor suppression function in mammals, respectively. However, little is known about the biochemical properties, functions and action mechanisms of these non-lens βγ-crystallins in vertebrates. In this paper, we mainly review the research progression of non-lens βγ-crystallins in the protein structure, gene evolution and biological function. 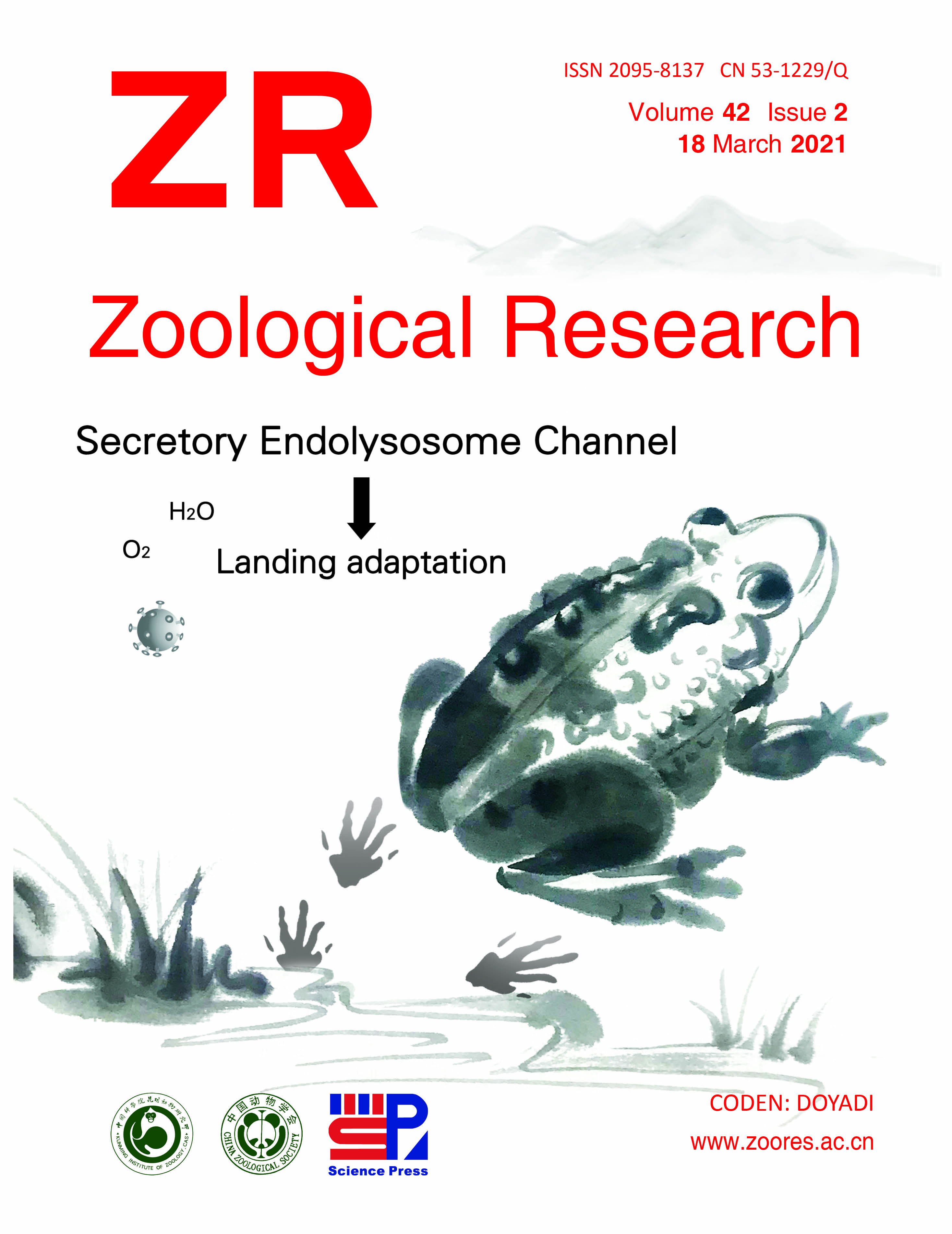